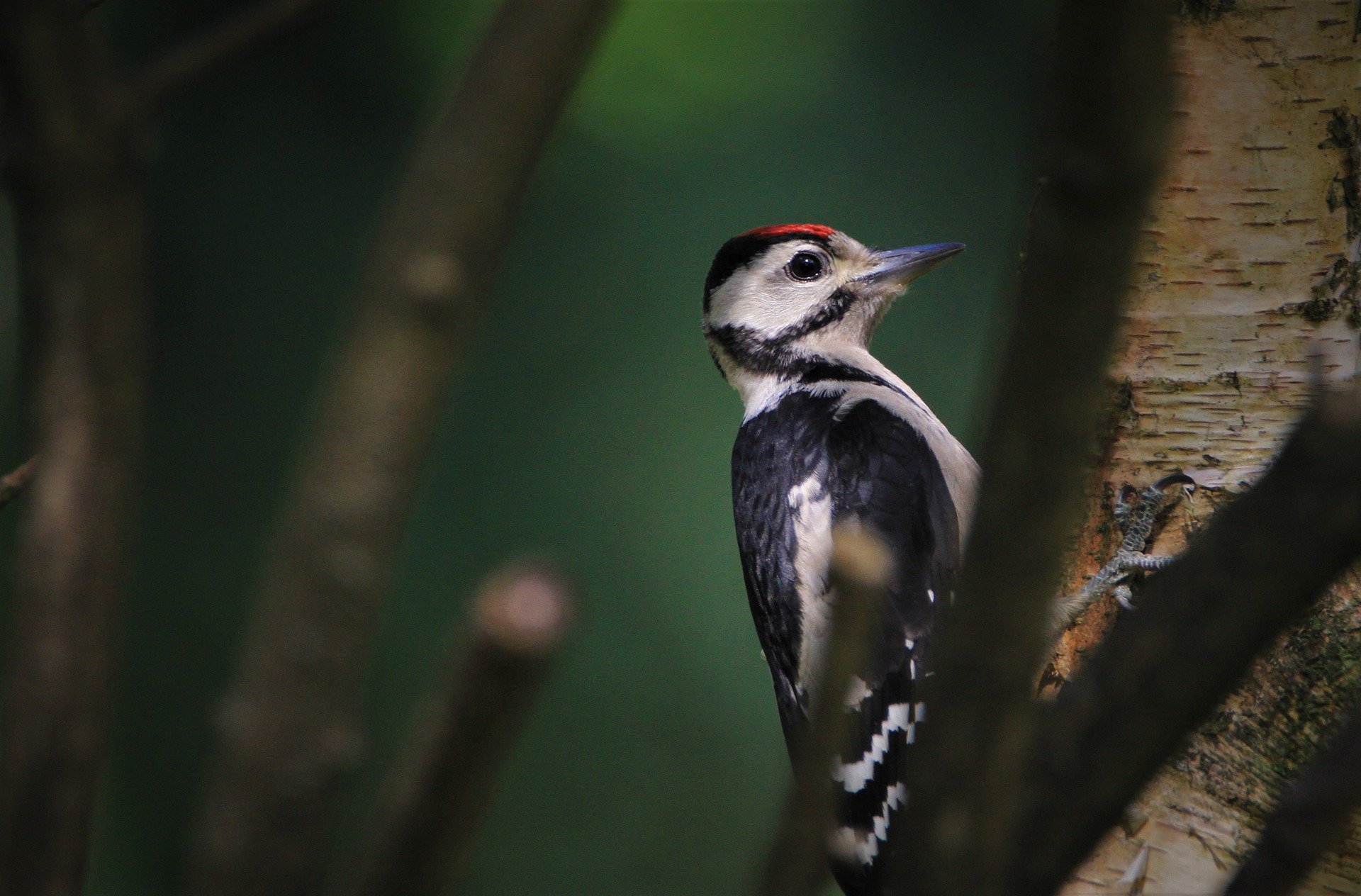 I grew up in a tiny village in the middle of the countryside. Behind my house was a small, yet densely packed area of woodland home to a plethora of ground-dwelling and airborne wildlife. And while I loved – and still love – all creatures great and small, the sound of the Woodpecker knocking away at a tree was, to me, something majestic. Even today, when I hear the rapid pecking of a Woodpecker, it takes me wistfully back to my youth and my time growing up in the heart of the British countryside.

However, the Woodpecker, both the one (or maybe more) that lived in the wood near my childhood home and in a general sense, is a somewhat elusive bird. I only ever heard and never saw the local Woodpecker (s) for numerous years throughout my childhood. That was until my Grandad, who was an amateur birdwatcher on the odd occasion, took me out into the woodland – equipped with his binoculars – to see what wildlife we could find.

And find we did.

Amongst the squirrels, the blackbirds, and the (very startled) fox, I saw my very first Woodpecker – the Great Spotted Woodpecker to be precise. And from that day forth, Woodpeckers have always been my favourite British bird.

Although I’m certainly no expert, I know more than enough to share with you a complete guide to British Woodpeckers. In today’s article, you’ll learn everything you need to about British Woodpeckers – their appearance, their calls, their diet, and other tidbits of information that I think will be useful.

Woodpeckers Native to The UK

Compared to continental Europe – and, indeed, the rest of the World – Britain has a relative dearth of Woodpecker species. In fact, Britain is home to only three species of Woodpeckers (four if you count the Wryneck, but we’ll get onto that later). But, as with most things in life, quality trumps quantity, and the three (well, four) Woodpecker species you’ll find in Britains green and pleasant land are undoubtedly worth seeking out.

But what do they look like and how do they behave?

But how can you distinguish the Great Spotted Woodpecker from other Woodpecker species here in Britain?

As you are no doubt aware, Woodpeckers get their name from how they make their nest and how they communicate. The drumming sound you hear Woodpeckers make typically begins in early- to mid-January, often by both males and females in an attempt to attract and secure a mate, and will often continue until early summer.

Oh, and if you’re wondering, woodpeckers have shock-absorbent tissue around the base of their skull and the bottom of their beak, which helps to deaden the impact(s) made from continuous ‘drumming’.

Over the last decade or so, the Great Spotted Woodpecker population has exploded. Experts believe this has happened for two primary reasons: firstly, because the species as a whole is very adaptable, and secondly, because of Dutch Elm disease which has provided Woodpeckers (and other birds) with a glut of feeding opportunities.

Where will you find the Great Spotted Woodpecker? Well, they’re at home in both coniferous and deciduous woodland and can breed anywhere between sea level and as high as 9,000 feet above sea level.

Of the Woodpecker species present in Britain, the Green Woodpecker is the largest. As you can probably tell from the name, this species of Woodpecker is green and can be easily distinguished from the Great Spotted and Less Spotted Woodpeckers thanks to its green plumage, yellow rump, pale chest, red crown, smaller tail, and longer bill. However, the strength of its bill doesn’t match up to the length; and, due to its much weaker bill, will only chisel away at softer woods and will seldom drum to communicate.

They also have a ‘moustache’, a trait that is often used to differentiate between the sexes (the male has a red moustache, whereas the female has a black moustache).

Often referred to as the ‘yaffle bird’, green Woodpeckers using ‘yaffling’ to communicate, which, oddly enough, sounds a little like a laugh!

Unlike other Woodpecker species, the Green Woodpecker is extremely antisocial. Although it will pair with a mate for life and spend breeding season(s) together, outside of this pairs will typically roost separately. Upon the start of following breeding season, the pair will reunite, initiating the process via a series of calls and a short period of ‘courtship’.

Given that the green Woodpecker’s diet consists mainly of ants, it’s not uncommon to see them on the ground. However, in times where ants are scarce or not easily found – typically during winter – they’ll dine on pine seeds and fruit instead.

Like the Great Spotted and Green Woodpecker species, the Lesser Spotted is also a hole nester, which it excavates using its robust bill. Communication between Lesser Spotted Woodpeckers is confined to drumming, which is also used to mark territory.

The former’s drumming is higher in pitch, and each individual roll will typically be twice as long compared to the latter.

The Lesser Spotted Woodpecker’s diet is primarily comprised of insects, although when food is scarce, they may pay a visit to a nearby bird table or feeder.

Unlike the Great Spotted and Green Woodpecker species, the lesser spotted Woodpecker is rarely seen outside of southern Britain, with sightings in Scotland and the Scottish isles non-existent.

Ok, so technically the Wryneck isn’t native to the British Isles as of 2021, but they’re frequently seen along the southern and eastern coast of England during autumn, with rare appearances during springtime too. Although still a common breeder across continental Europe, the Wryneck hasn’t actually bred in Britain for nigh-on fifty years.

Wrynecks are similar in stature to Lesser Spotted Woodpeckers, yet have their appearance couldn’t be more different. As you can see from the above photo, their mottled plumage is comprised of a plethora of brown tones, shades of grey, and a dark band that begins on the back of the head and runs down the back. As you can also see from the photo, Wrynecks have much shorter tails and bills compared to the other three Woodpecker species listed above.

Like their Woodpecker cousins, Wrynecks nest in holes, which they’ll often steal from other birds (although they certainly won’t say no to a bird box!), and their diet primarily consists of ants and insects.

Oh, and here’s an interesting for you – Wrynecks hiss when startled, which has led to some referring to them as the ‘snake bird’!

How To Stop Attracting Rats To Bird Feeders

Is A Bird An Animal?