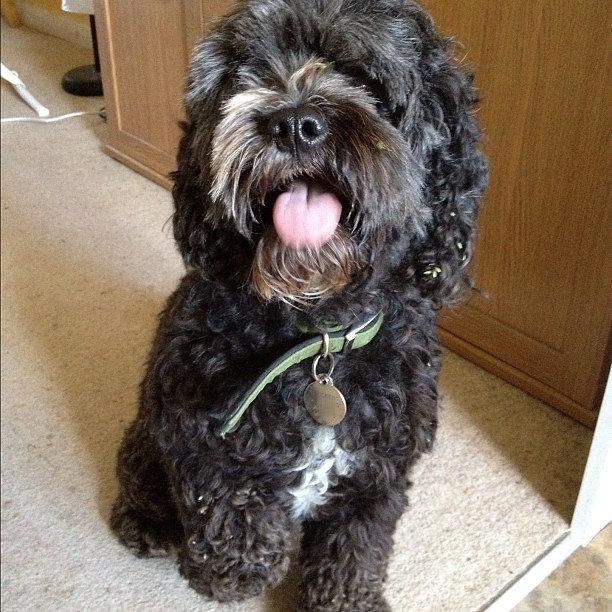 As the name suggests, the Jackapoo is a cross between a Poodle and a Jack Russell Terrier. In most instances, the Poodle parent is either Toy or Miniature sized, but Jackpoos with a Standard sized poodle parent do exist – albeit to a lesser extent. As you might expect, the mix of Poodle with Jack Russell Terrier creates small yet energetic dogs who make fantastic family pets.

The Jackapoo goes by a variety of different names, such as Jackapoodle, Jackadoodle, Poojack, and Jackdoodle. As you might expect, they’re classed as ‘designer dogs’ given that they’re purposely bred to emphasise desirable traits from each breed.

It should come as no surprise that the Jackapoo is an exceptionally popular crossbreed due to its expansive list of desirable characteristics; however, if you are considering making a Jackapoo the next addition to your family, why not think about adopting? There are so many dogs out there that need our help, so be sure to check out your local rescue centres and dogs homes before making a final decision.

Jackapoos are happy enough living in a flat or apartment provided that they get sufficient exercise; however, a house that has plenty of space is probably a better environment for these little bundles of energy. Furthermore, they need lots of attention and mental stimulation; otherwise, their potential for destructive behaviour and being loud will increase, which is never a good thing! Luckily, the potential for these traits to arise can be eradicated relatively sharpish with consistent training.

Although we’ll discuss the personality and traits of the Jackapoo in more detail below, here are a few snippets of information to get you going:

A History of the Jackapoo

Like most crossbreeds, no-one knows exactly when the first Jackpoo born, but it’s widely accepted that by the mid-1980s, Jackapoos were purposefully bred. At this time, many breeders were crossbreeding Poodles with pretty much every other dog breed in an attempt to create the ‘perfect dog’, thanks to the Poodle’s hypoallergenic coat, intelligence, and affectionate nature.

Despite being a relatively new dog breed, the Jackapoos parents – the Jack Russell Terrier and Poodle – have been around for many hundreds of years; the former bred for hunting and tracking, and the latter bred as waterfowl retrievers (hence the predatory instincts!).

Of course, the size and appearance of a Jackapoo will be determined by their parents, i.e., whether the Poodle parent was Toy, Miniature, or Standard sized. This means that Jackapoos can range anywhere from 12 to 25 pounds in weight (5.5kg – 11.5kg) and between 9 and 16 inches in height (23cm – 40cm). There is no discernible size difference between males and females.

As we have already alluded to in this article, Jackapoos are brimming full of energy! But they’re not just highly-active dogs; they’re also known for wanting to stay by your side wherever you go and whatever you do.

Early socialisation is recommended for all dogs, but this is particularly essential for Jackapoos as their highly intelligent natured coupled with a moderate degree of stubbornness needs to be put to the right use, rather than allowed to do its own thing. Doing so will help to reduce their tendency to bark. It will also help to desensitise them to humans (adults and children), other dogs and animals, as well as when they encounter strangers (either in your home or when you’re out having adventures).

As mentioned earlier, both the Poodle and the Jack Russell Terrier were bred for hunting, tracking, and retrieving; therefore, it’s likely that your Jackapoo will have a penchant for digging. It’s crucial to teach them that digging is acceptable behaviour when outdoors but not when indoors; otherwise, you might find they start digging anywhere, everywhere, and on anything, which will undoubtedly cause you a few headaches!

The bundle of love and energy that is the Jackapoo really does need to be surrounded by a family and an environment in which they can indulge in both frequently.

You’ll be glad to hear that Jackapoos are typically healthy dogs. In most cases, combining two breeds can reduce the most common ailments the parent breeds suffer from – in this case, the Poodle and the Jack Russell Terrier – with genetics seemingly picking the strongest traits from each side. Plus, smaller dogs tend to have a longer life expectancy than larger dogs, which is something to consider, whether getting a puppy or adopting.

That being said, no dog breed, whether purebred or mixed, is 100% resistant to health conditions and deterioration, and the Jackapoo is no different in this respect. The most common health issues Jackapoos tend to suffer from are as follows:

As is the case with any other dog (cross)breed, regular veterinary check-ups are vital. 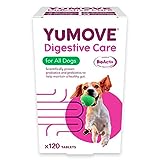 YuMOVE Digestive Care for All Dogs | Previously YuDIGEST | Probiotics for Dogs with Sensitive Digestion, All Ages and Breeds | 120 Tablets | Packaging may vary
£16.99
View on Amazon

Looking After Your Jackapoo

As you can probably guess, Jackapoos require a decent amount of exercise on a daily basis – ideally somewhere between 40 and 60 minutes. Luckily, due to their high levels of energy, weight gain is rare unless their diet is excessive and/or they don’t get sufficient exercise.

Mental stimulation is also vital as this will help stave off boredom, which may result in destructive behaviour or barking. The best mental stimulation for Jackapoos will come in the form of training, playing games, and hunting/foraging for food. Combining physical activity with mental stimulation every day will make a for happy and very smart Jackapoo, that’s for sure!

A quick word of warning, though: Jackapoos are exceptional jumpers and can reach heights that you’d never expect from such a small dog! Therefore, whenever they’re in the outside, be that in your garden or the great outdoors, make sure you keep an eye on them and that the fences will be able to contain these wannabe Kangaroos!

Training for Jackapoos is exactly the same as all dog breeds, i.e., selecting your method(s), starting early, being patient and consistent, and always rewarding with praise and treats. Puppy training classes are always a great way to get your Jackapoos started on the obedience journey if you’re unsure what to do and will also introduce them to other dogs and humans to boost their socialisation.

Being intelligent and eager to please, Jackapoos are relatively easy to train, but keeping sessions short, positive, and calm is the best way to make their training both effective and efficient.

Given that Jackapoos are a small/small-medium dog breed, they must eat a complete dog food that is formulated specifically for smaller dogs. Feeding two or three smaller meals per day is advisable rather than giving them unlimited access, as this will help to avoid overeating and bloating.

As is the case with all dogs, as your Jackapoo makes its way from puppyhood to adulthood to seniority, you will need to change their food accordingly. Always speak to your vet if you’re unsure which food is best for your dog.

Jackapoos are prone to bloating (as mentioned above), so feed at least 60 minutes before exercise or at least 30 minutes after exercise to avoid any potential bloating-related issues.

Jackapoos can inherit their coat from either parent, meaning their coat can be curly, fluffy, straight, short, or coarse. The typical colours of a Jackapoo are grey, tan, blue, black, brown, and white – either as a standalone colour or a mixture. Their eyes are always brown, and their noses always black.

Grooming a Jackapoo is straightforward and not particularly time-consuming. Keeping them looking well-kempt requires once-a-week brushing and the odd bath when required. However, taking them to a professional dog groomer every so often to have their coat trimmed may be necessary (if you’re not comfortable trimming them yourself).

A Jackpoo’s tolerance to weather, i.e. heat and cold, will depend on which parent’s coat they’ve inherited. While Jackapoos are pretty hardy and will typically do well in most types of weather, it is crucial to know which type of coat your Jackapoo has. Poodles don’t have an undercoat; therefore, they do better in hotter weather compared to Jack Russell Terriers. If your Jackapoo takes after the former, they may not do so well in colder temperatures, whereas if they take after the latter, they will not do as well in hotter temperatures.

Always keep an eye out for dehydration and heat stroke when walking in hot weather. Always keep in the shade as much as possible and have plenty of fresh drinking water available. If you find that your Jackapoo feels the cold too easily, don’t be afraid to wrap them up in a coat when you take them out for walks.

As is the case with all dogs, having your Jackapoo’s nails clipped every month will ensure they’re kept in good condition. Furthermore, checking your four-legged friend’s ears for redness and irritation every few weeks is also a wise idea. 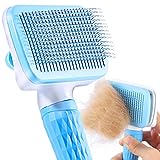 Jackapoos make great companions for children (and vice versa!), provided that socialisation occurs at a young age. Always supervise interactions between your children and your dog until you’re 100% comfortable that nothing untoward will happen or they’re old enough to deal with any situation that may arise. Jackapoos high energy levels can lead to rougher play than other smaller breeds, so be mindful of that when you or your children are playing engaging in play. Unfortunately, without early socialisation and training, Jackapoos can become aggressive, destructive, and loud.

Although Jackapoos are more than capable of living amicably with other pets, they must be introduced early. If this isn’t possible, it’s best to stay as a one-pet household. Further, encouraging interactions between your Jackapoo and small (furry) animals isn’t a wise idea as their predatory instinct will undoubtedly kick in!

My Dog’s Behaviour Is Getting Worse – What Can I Do?