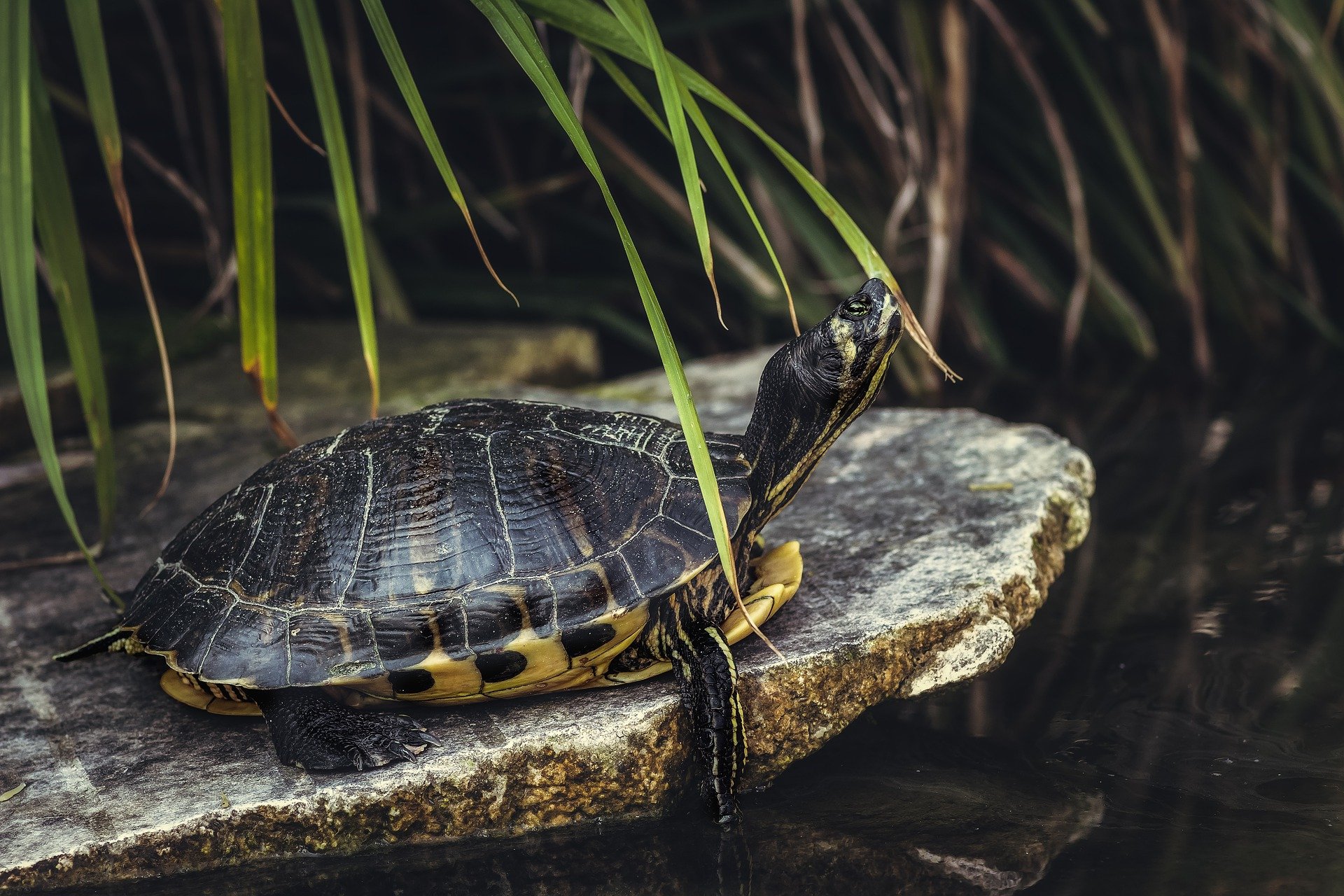 If you’ve made your way to this article, it’s pretty clear that you’re looking for an answer to the above question, namely, ‘Can tortoises and turtles live without their shell?’.

Well, the answer is a very simple and straightforward one: No, neither tortoises nor turtles can live without their shell. After all, a tortoise’s/turtle’s shell is not only their primary defence against predators, it’s also (from a functional aspect) their spine, ribcage, and skin, and no animal is going to survive very long at all without these three crucial parts of their anatomy.

Although some may think that the above question is a silly one; some animals – such as the hermit crab – can crawl out of their shell and into a new one when they outgrow; therefore, it’s not surprising that some people wonder whether a tortoise or turtle can do the same. That being said, unlike a tortoise and turtle, a hermit crab’s shell is not connected to its body, and they will merely ‘borrow’ shells of other dead creatures.

But their shell isn’t just about protecting them from predatory animals. It is, in fact, inextricably linked to their overall health, and without it, they’d die very quickly even if they didn’t become another animals lunch.

Let’s take a look at the five main reasons why tortoises and turtles can’t live without their shells.

Tortoise - Pet Expert: Understanding and Caring for Your Pet
£9.99
View on Amazon

The shell of a tortoise or turtle is, in effect, part of their skeleton.

So, without their shell, a tortoise/turtle would be devoid of a ribcage, spine, and circa fifty other bones. A human certainly wouldn’t be able to survive without these essential bones – and nor would a tortoise or turtle!

Not only is the shell of a tortoise/turtle their skeleton, but it’s also their skin.

A tortoise’s/turtle’s shell is a complex structure that consists of numerous components such as skin, bones, and other structures that are somewhere between in the two. So, although it’s not ‘skin’ as you’d classically imagine (although they do have a thin layer of vascular skin), it acts in a very similar way and is just as vital.

To simplify the complex structure that is the ‘skin’ of a tortoise/turtle as much as possible:

Ultimately, without a shell, the fragile dermal plates, vascular skin, and a whole array of nerve endings would be exposed and far more susceptible to damage, be that in the form of trauma, bacteria, or anything else that has the potential to cause harm.

Prey animals need defence mechanisms against predators, such as armour, camouflage, intelligence, attack mechanisms of their own, etc. And, as you are probably already aware, a tortoise’s/turtle’s shell is their primary line of defence against being preyed upon and eaten.

But tortoises and turtles didn’t always have such sturdy shells and were once much faster, meaning they would have stood a much better chance of escaping compared to their modern-day counterparts. However, their evolution over time resulted in their ribs broadening and flattening to enhance strength and stability in their forelimbs (for digging), which drastically reduced their manoeuvrability and speed. To compensate for this, the unique ribcage anatomy of tortoises and turtles evolved into a sturdy outer shell.

A tortoise’s/turtle’s shell helps them to absorb heat from the sun, which is vital given that they’re cold-blooded and require a certain amount of heat for their body to function properly. Conversely, their shell also helps to protect their internal organs from dehydrating and overheating – something that would happen (and very rapidly) if they were shell-less.

Like humans, tortoises and turtles require vitamin D – the vast majority of which they must get from exposure to direct sunlight. Lack of vitamin D can wreak havoc with a tortoise’s/turtle’s health. Not having enough of this essential vitamin can adversely impact calcium levels, resulting in MBD (metabolic bone disease).

Ultimately, without its shell, a tortoise or turtle would not have sufficient skin surface area to absorb enough UV rays and, therefore, vitamin D. The same would happen if their shell were covered.

Forget what you might have seen on a cartoon; a tortoise or turtle cannot escape from its shell (and live normally) whenever it so desires!

At the end of the day, the bones and skin of a tortoise/turtle are fused to the shell; therefore, a) they can’t vacate it out of choice, and b) they’d not survive without it. In effect, a tortoise or turtle without a shell is like a human without a ribcage, spine, and skin. How long would you survive without those…?!