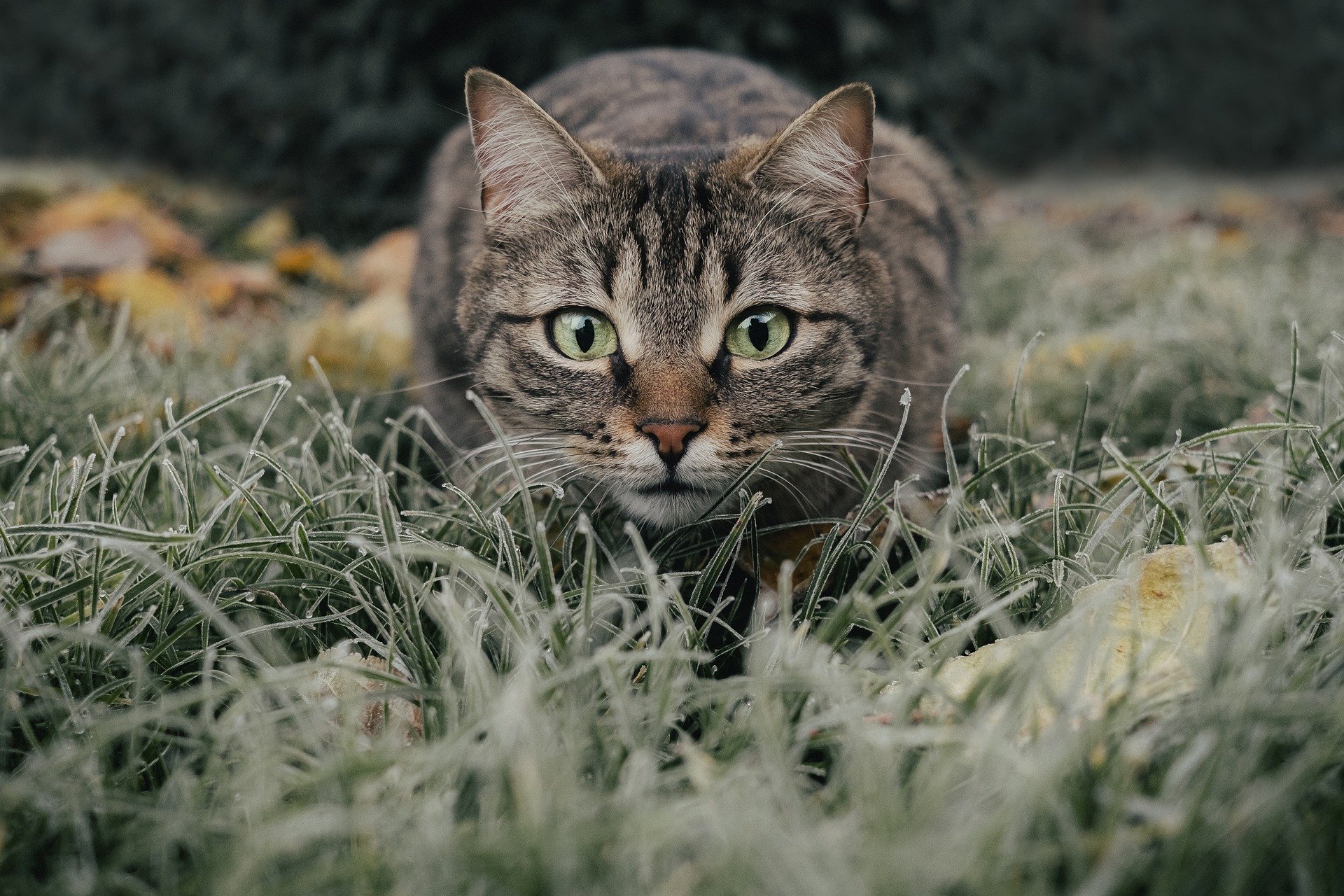 Kittens are adorable, right? Cute. Cuddly. Furry little bundles of joy. Whichever word or phrase you want to use, it’s safe to say that most people agree that tiny kittens are enchanting, innocent little creatures that have the ability to melt the heart of even the most cold-hearted among us. I know I felt that way when I got my first tabby kitten…until we got her home.

Innocent? Er, not quite!

If you’ve made your way to this article, you will know exactly where I’m coming from!

Straight away I realised that I was in for a thoroughly yet certainly testing time, but had no idea how long it would take for my tabby kitten to finally calm down and stop being a feisty, crazy little thing.

Well, luckily for you, I’ve had plenty of first-hand experience with several tabby kittens, and in today’s piece, I’m going to share with you everything I know.

The first thing you need to know is that this type of behaviour is completely normal for a tabby (or any other variety of cat). Kittens, by their very nature, are brimming with energy and haven’t quite figured out what to do with it, so just be prepared for their energy to manifest itself in a myriad of ways; some seemingly normal and others seemingly not!

Complete Cat Care: How to Keep Your Cat Healthy and Happy
£7.46
View on Amazon

Seven Stages of a Tabby Cat’s Life: How Age Affects Temperament and Behaviour

To help illustrate the different behaviours and personality changes you can expect from your tabby, we’ve compiled a chronological list to help you understand how (and why) your tabby’s behaviour and characteristics will evolve as makes it way through the seven typical stages of a cat’s life.

It goes without saying that as your tabby grows older, you can energy levels to decrease as ageing sets in. But what other changes happen as tabby kittens grow older?

0-6 months: During the first six months of your tabby’s life, they are pure, unadulterated kitten. They’re not yet sexually mature and are still trying to process huge amounts of information and get to grips with the world that now surrounds them, which, as you can imagine is quite a lot to deal with. During this stage of their life, it will seem as if all they want to do is have playtime, all the time!

6-12 months: Like humans, cats also go through the “terrible teens”, and between the of six and twelve months, your tabby will be the equivalent of a moody teenager. During this six-month period, it’s highly likely that your tabby will be an absolute nightmare. They’ll often challenge humans for dominance and forcefully show everyone who’s boss – not to mention mouthing and grabbing anything he can get his paws on. In fact, some cats may even retain their dominant attitude regardless of how successful they’ve been able to establish it. In short, this stage is probably the worst of them all.

1-2 years: At the age of one (or thereabouts), your tabby will enter adulthood. At this stage, they will develop a wide range of lifelong behaviours, such as hiding, hissing, and kneading. Although they will start to calm down and will almost certainly be less ‘crazy’ than they were in their formative years, your tabby will still have bundles of energy, so don’t expect consistent and regular playtime to go anywhere anytime soon.

3-6 years: From the age of three until around the age of six, cats are deemed to be in their ‘prime’. By this stage, your tabby will have a firm grip on life and being a cat and will have settled into his natural personality. Although they will still have bags of energy, cats between the ages of three and six are often a little more chilled than they were earlier on in life. They’re equally happy to play as they are to hide away and relax (and vice versa).

7-10 years: Between the ages of seven and ten, your tabby will be in cat equivalent of middle age. He’ll still be lively and have energy, but not as much as when he was a kitten, a teen, or in his prime. Like humans, cats become more resistant to new things and changes as they get older, so don’t be surprised if you tabby starts to become even more stubborn!

11-14 years: Your tabby is now a bonafide senior citizen. Once your cat enters into the latter portion of his life, it’s likely he’ll begin to suffer health issues, which are most likely to be hearing and sight-related but can also include cognitive decline. And, just like, humans, older cats are certainly more grumpy than younger ones! Expect your tabby to get irritated a little more easily and more often.

15 years onwards: Once your tabby reaches the grand old age of 15, he will be classed as geriatric and will need a lot more care, love, and attention. Any alterations to behaviour will almost certainly warrant a trip to see a vet. As you’d probably expect, by the age of 15 (and onwards) your tabby will spend most of their days sleeping and not doing all that much.

As you can see from the above descriptions of the seven stages of a cat’s life, it’s more than likely that your tabby will calm down as they get older. Of course, it varies from cat to cat, and how soon this will happen will mainly depend on their personality and the environment they’re in, but once they reach their prime and beyond, their ‘crazy’ days will likely come to an end.

Of course, if your tabby kitten’s exuberance doesn’t calm down once they reach adulthood or their prime, it is undoubtedly wise to speak to your vet to discuss why this might be and what options are open to you.

What Are The Most Nutritious Cat Foods?

What Are The Most Nutritious Cat Foods?